How to Protect Your Home from the Grinch?

All the Whos down in Whoville never saw it coming. One minute they were full of the excitement and joy of the Christmas season, and the next it was gone — or was it? The different cinematic stylings of the classic Dr. Seuss tale “How the Grinch Stole Christmas!” each take the lessons in somewhat different directions.

In the classic animated cartoon from 1966, the Whos don’t really notice or think about the Grinch. In fact, Cindy Lou Who genuinely mistakes him from Santa Claus. The Whos are excited for the Christmas holiday yet don’t skip a beat when they discover the Grinch stole Christmas decorations from under their noses. Instead, they sing a cheerful song. They’re happy to get their things back, but they weren’t devastated to find them gone.

Meanwhile, the Whoville Whos of the live-action “How the Grinch Stole Christmas” in 2000, which features the Jim Carrey Grinch, are completely caught up in their material world, Cindy Lou Who being the exception. After the Grinch performs his burglary, the Whos are upset until they hear a motivational speech, experience a change of heart and then begin their singing.

In both cases, the Grinch realizes he’s in the wrong, his heart grows three sizes and he returns the stolen Christmas decorations.

Whether you’re a fan of the Jim Carrey Grinch or you prefer the cartoon, both movies show the real need to protect your home and even your Christmas yard decorations. A full Fluent Home smart security system would be a great thing to have, but even some home security cameras could make a difference.

To prove the point, let’s take a look at how the animated Grinch and the Jim Carrey Grinch would fare against a Fluent Home smart security system. 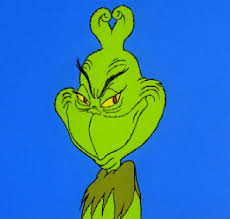 He sews disguises with the help of his loyal dog Max, and he’s surprisingly light on his feet, not to mention the way he contorts his body to sneak down the chimneys of every house in Whoville. Nobody even knows they’re being robbed until a stray Christmas ornament wakes up Cindy Lou Who, who being no more than 2, believes he’s really Santa and lets him go. The Grinch finishes his burglary and drives off with his heavily laden sleigh. 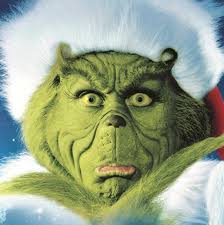 He too devises a disguise, but his vehicle is a souped-up super sleigh that flies. He’s not as adept at sliding down chimneys, but he manages one and then sneaks through the floor, windows and doors of others. He makes a racket everywhere he goes, getting creepily close to several sleeping residents. Though the tone is silly, it’s a scary thought that someone could so easily break into their homes.

With either Grinch, as well as with real burglars, home security cameras and other components of a Fluent Home smart security system could do a lot to protect your home and Christmas yard decorations. Fluent offers state-of-the-art home security systems that send alarm alerts right to your phone. You can arm or disarm your system even while you’re away, and you can also set it to arm automatically. Remote door locks, WiFi video cameras, motion and freeze detectors, glass break detectors and door and window sensors are just a few types of equipment that can be connected to your system.

Don’t let a Grinch stealing Christmas lights, your other decorations, your presents or your roast beast upset you this holiday season. Secure your property and keep burglars away with a Fluent Home smart security system.

Posted on Saturday, February 2, 2019 by Creative